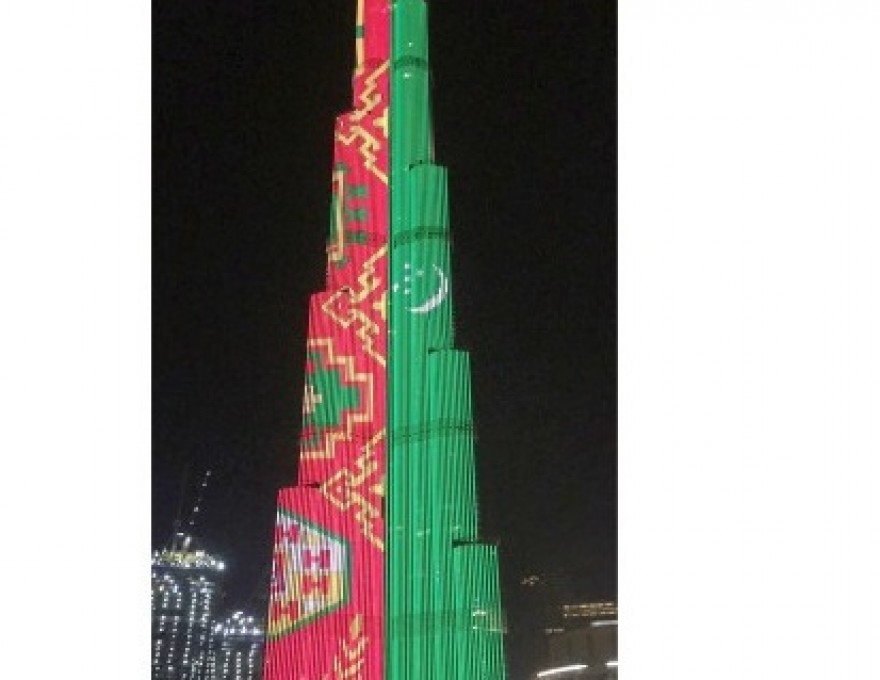 THE INDEPENDENCE DAY OF TURKMENISTAN WAS CELEBRATED IN UAE TOO

On 27th of September, 2019 in honor of the 28th anniversary of the sacred Independence of Turkmenistan, the Turkmen flag was depicted on the tallest building in the world of Burj Khalifa in the city of Dubai, UAE. This event became a holiday gift for Turkmen nation. As known, cooperation between Turkmenistan and the UAE is developing in all spheres. In the framework of bilateral high-level meetings between the heads of the state of the two countries, decisions are made on the further developm...

PASSPORTS WERE PRESENTED TO THE PEOPLE WHO WERE GRANTED TURKMEN CITIZENSHIP

On September 26, 2019, the solemn ceremony of giving the passports to the people who were granted Turkmen citizenship was held in the State Migration Service. As is known, during the regular meeting of the Cabinet of Ministers via digital video communication on September 20, the President of Turkmenistan signed the Decree on the granting Turkmen citizenship to 863 people. Representatives of 14 nationalities received passports, more than half of the people who were granted citizenship – women and...

On September 25, 2019, the second session of the People’s Council of Turkmenistan chaired by the President of Turkmenistan Gurbanguly Berdimuhamedov was held in the “Rukhiyet” Palace of Ashgabat city. The members of the Government, head and deputies of the Parliament (Mejlis), elders, state employees of social-economic and cultural-humanitarian sphere, workers of the villages and regions of the country, chiefs of diplomatic missions of Turkmenistan accredited abroad, as well as the representa...

On 23 September 2019, the political consultations between the external policy agencies of Turkmenistan and the Kingdom of Morocco were held at the Ministry of Foreign Affairs of Turkmenistan. The delegation of Morocco headed by the Secretary of State of Foreign Affairs and International Cooperation of the Kingdom of Morocco Ms. Mounia Boucetta, arrived to Ashgabat to participate at the session.  During the meeting that was held in the friendly atmosphere, the parties noted the necessity of ac... 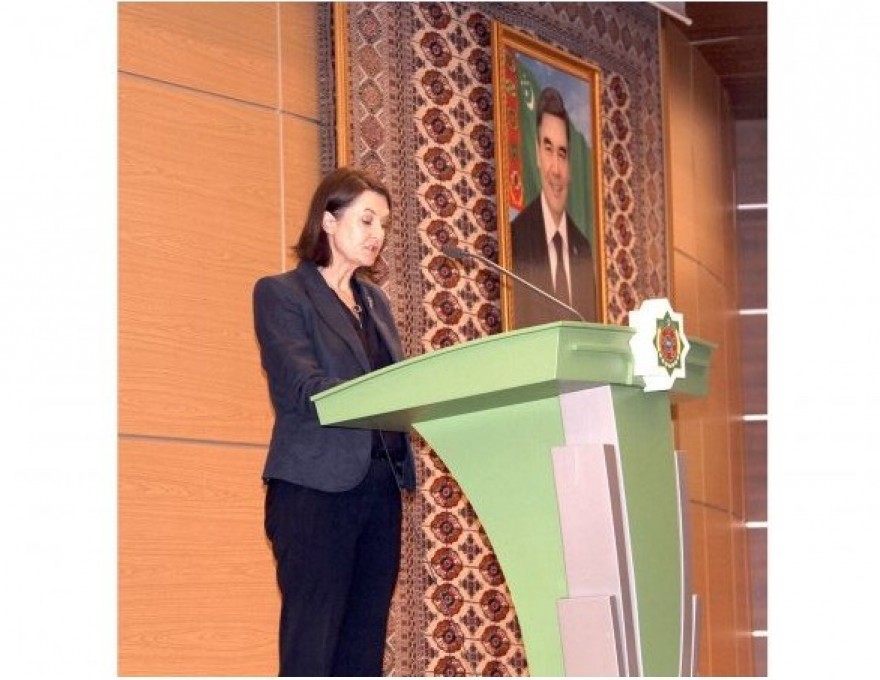 On September 23, 2019, a ceremony was held at the Ministry of Health and Medical Industry for awarding a certificate of the World Health Organization confirming the status of the National Influenza Center as a reference laboratory for Virology as part of the Center for Public Health and Nutrition with inclusion in the WHO Global Influenza Surveillance and Response System. The WHO certificate was awarded by the head of the organization’s country office, Ms. Paulina Karvowska. The ceremony was... 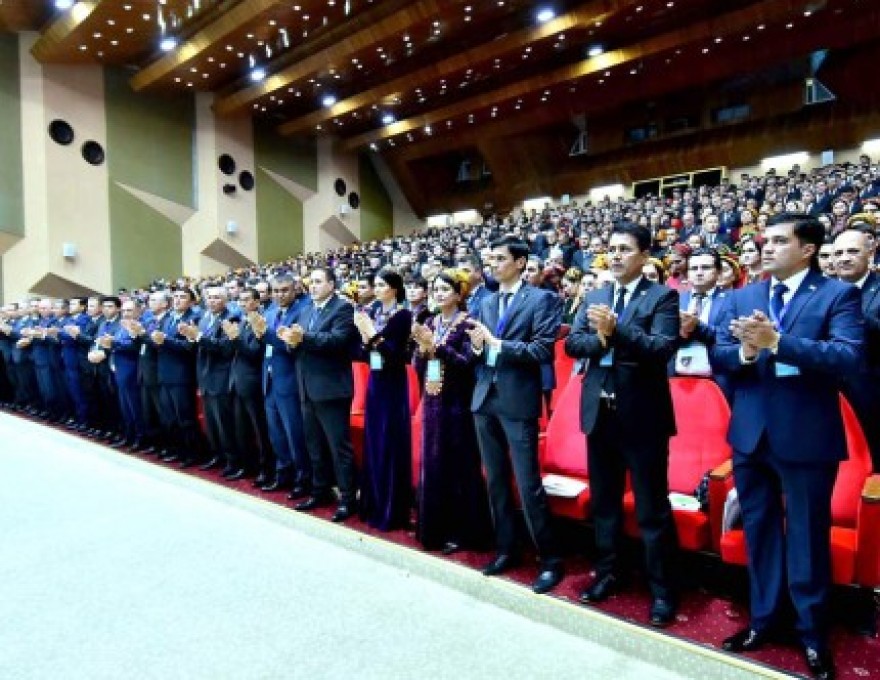 On September 23, 2019, the 22nd Conference of the Humanitarian Association of the World Turkmens was held in Ashgabat. The forum was attended by representatives of the Turkmen Diasporas, ethnic Turkmen from other countries working in our country, as well as delegates from all regions of the country. Prior to the start of the HAWT conference, its delegates took part in the grand opening of the Exhibition of Economic Achievements of Turkmenistan, dedicated to the celebration of the 28th anniver... 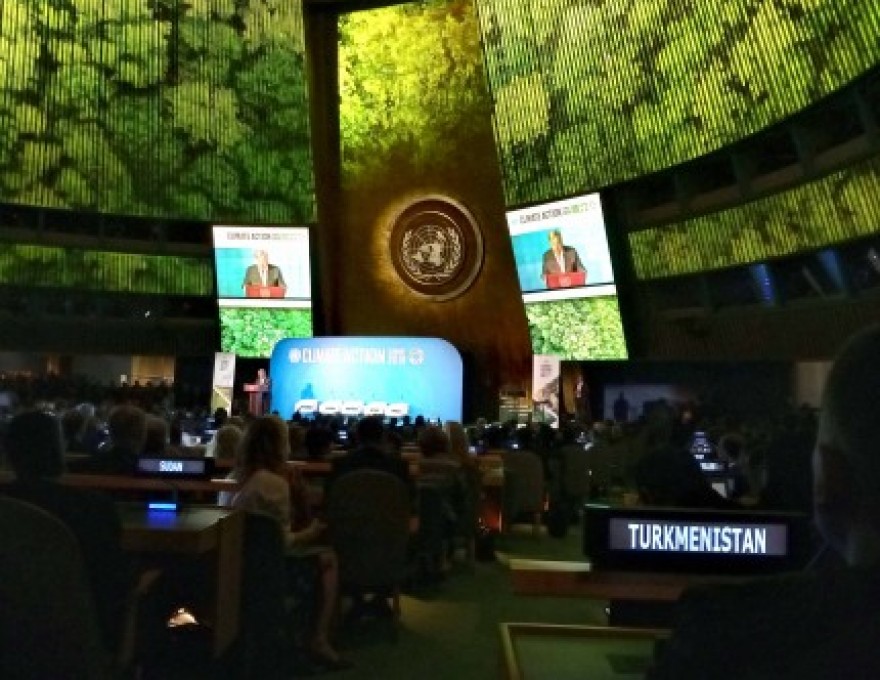 On 23 September 2019, the Climate Action Summit was held in New-York in the framework of the 74th session of the United Nations General Assembly upon the initiative of the United Nations Secretary-General António Guterres. The member-states’ delegations of different levels who have arrived to New-York to attend the high-level meetings of the 74th session of the UN General Assembly have participated to the abovementioned event. The high-ranking delegation of Turkmenistan has also attended this...